Adobe Flash Player (labeled Shockwave Flash in Internet Explorer and Firefox) is freeware software for using content created on the Adobe Flash platform, including viewing multimedia, executing rich Internet applications, and streaming video and audio. Flash Player can run from a web browser as a browser plug-in or on supported mobile devices. Flash Player was created by Macromedia and has been developed and distributed by Adobe Systems since Adobe acquired Macromedia.

Flash Player has a wide user base, and is a common format for games, animations, and graphical user interfaces (GUIs) embedded in web pages. Adobe states that more than 400 million out of more than 1 billion connected desktops update to the new version of Flash Player within six weeks of release.

Flash Player can be downloaded for free and its plug-in version is available for every major web browser. Google Chrome comes bundled with the sandboxed Adobe Flash plug-in and will continue to support the plug-in in Windows 8 Metro mode.

Flash Player runs SWF files that can be created by the Adobe Animate authoring tool, by Adobe Flash Builder or by third party tools such as FlashDevelop. Flash Player supports vector and raster graphics, 3D graphics, an embedded scripting language called ActionScript, and streaming of video and audio. ActionScript is based on ECMAScript, and supports object-oriented code, and is similar to JavaScript. 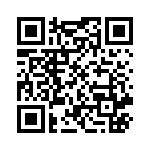